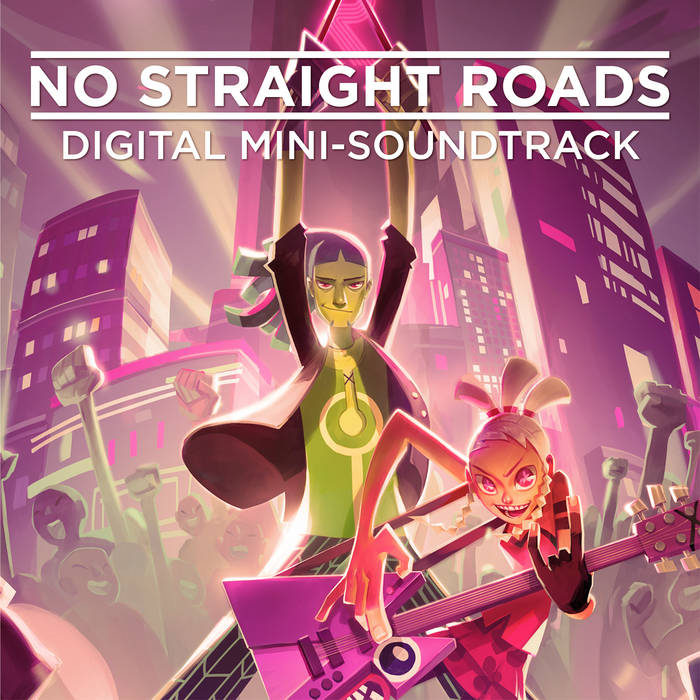 gingerbonez I was expecting good music, and boy did these guys deliver Favorite track: vs. SAYU (ft. Nikki Simmons).

triangularpixelium It is awesome, just that, like... do you even music bro? Favorite track: Four Plus.

mectroikeda15 The music for this game is what brought me to want to massively play this game!! I can't wait for the whole soundtrack! Favorite track: vs. DJ Subatomic Supernova.

maoraseno Found this game by accident on you tube and i couldn't be any more happy to find this banging music!

Boss Battle Records, Metronomik, and Sold Out Games are proud to present the digital mini-soundtrack from -

Take back Vinyl City - with rock! Embark on a music-based action-adventure as indie rock band members Mayday & Zuke and lead a musical revolution against EDM empire No Straight Roads. After being unfairly rejected in their audition to join No Straight Roads, Mayday & Zuke uncover the evil intentions behind the NSR empire. It’s now down to them to save their city from corruption. Enjoy fast & frenetic combat with a musical twist as these two aspiring rock artists fight back with the power of music!

Music from No Straight Roads distributed and published by
Boss Battle Records.
www.bossbattlerecords.com

Music mastered by Jett Galindo of The Bakery®
thebakery.la

Bandcamp Daily  your guide to the world of Bandcamp

Featuring appearances from Kari Faux, Bluestaeb and and interview with NY-bred artist Wiki